The GMES & Africa Programme, organized the second information session with potential applicants for its grants in the West Africa region from the 1st to the 2nd March 2017 at Novotel Hotel, in Dakar, Senegal.

The Information Session for Western Africa started with a message from the GMES & Africa Coordinator, Dr.Tidiane Ouattara who introduced the officials before giving them floor for their opening remarks.

Acting Director of AUC HRST Department. Dr. Mahama was very pleased to see the delegation who availed themselves to take part in the meeting. According to him, he was convinced that the project is the beginning of a new chapter for the development of Earth observation in Africa. He drew the participants’ attention to the fact that the Program is an opportunity to connect with other African economic regions, to share skills.

He went on to the purpose of the meeting, a presentation of the Pro- gram and the guidelines for calls for proposals. These guidelines pro- vide candidates with the information they need to apply for grants. He concluded by thanking the participants and wishing for fruitful work at the meeting.

Representative of the Senegalese Ministry of Environment and Sustainable Development, Mr. Diallo said that he chaired the meeting on behalf of the Mi- nister of Environment and Sustainable Development (MEDD). He recalled that the program had been decided jointly by the EU and the AU, that the observation of the Earth was a priority, that it was important to put in place monitoring but also sharing mechanisms. He also recalled that MESA had already made a major contribu- tion to the improvement of structures, capacities and better use of spatial information.

In his presentation, the IOC representative gave an overview of the organization, and delved into the regional challenges. Dr BOANUH highlighted the gains in cohesion among countries and harmonization, the coordi- nated approach. In terms of food security in particular, it takes the example of national food reserves.

Information had to be shared. From his point of view each department involved has achieved real results. He added that ECOWAS has the capacity to manage G & A and that their role has been to coordinate but not implement, that it has been a coordinating institution in the PUMA, AMESD and MESA projects, particularly through its Technical institutions, Aghrymet, the University of Ghana.

The GMES & Africa Coordinator presented the project’s generic status, describing it as an Earth Observation system designed to respond to global needs to manage the environment, understand and mitigate the effects of climate change and ensure civil secu- rity. He gave a brief historical background to the project, in the context of EU-Africa cooperation in space and outlined its thema- tic areas, plan of action, funding, the 23 applications under the 2 services, as well as their geographic distribution.

The GMES & Africa Coordinator further detailed the governance structure of the project and its framework for capacity development and utilization, stressing the fact that the project’s implementation and decision making will be the exclusive domain of the African Union Commission. He further reminded participants that only the African private sector can apply for grants, and that the RECs and RICs will have a prominent and sustainable role in the implementation of GMES & Africa.
On the communication and visibility component, the GMES & Africa Communications Officer presented the conceptual framework of the project’s Communications Strategy, including the various audiences, media tools, methods, platforms, messages, branding, as well as monitoring and evaluation channels. He made reference to the draft already developed and said the team is currently adapting it to the MESA communications model, in line with the policy to build on existing MESA structures and achievements. In the ensuing discussions, participants spoke on the need to continually align GMES & Africa’s activities  to  the  aspirations  of  the AU Agenda  2063,  and  to  other  regional  and international  develop- ment  priorities.  They  emphasized  the  importance  of  building  partnerships between  members  of  re- gional EO programmes and other EO operatives at the local level.

On Communications, participants recommended that lessons be also drawn from the shortcomings of MESA and other predecessor pro- jects, and that GMES & Africa takes a step further to tackle knowledge management and capacity building.

Presentation on the GMES & Africa Guidelines

The Guidelines will also guide applicants through the rules and the application process to submit their proposals, and provide them with information on the proposals’ evaluation process and grid for trans- parency and guidance. The Guidelines will further inform applicants on how the results will be commu- nicated and published. The presentation again highlighted the priority areas of the Grants, which will be issued in two lots according to the 2 services: Water & Natural Resources, and Marine and Coastal Areas. On financial allocations for the Grants which amounts to 17, 500, 000 Euro, the GMES & Africa Coordi- nator underscored the financial obligations of the contracting authority, the applicants and their partners, as well as the manner in which the Grants will be issued. He emphasized the rules for the Call for Pro- posals, including the eligibility of applicants, eligible actions, costs, and procedures to follow in applying. In the discussions  that  followed the presentation,  the AUC team made it clear to concerned partici- pants that the request for RECs to review applications before they reach the AUC will be an aber- ration of the process set up by the Commission, as well as constitute a possible conflict of interest.

The Principal Scientific Officer at the Department of Human Resources, Science and Technology of the AUC presented the Commission’s Grants Management Manual, beginning with an explanation of the purpose of the manual, the principles of grants management, ethics and obligations for officers, code of ethics and grants manage- ment responsibilities of the AUC and its departments, as well as the various methods of grants management. The presentation also touched on the Guidelines for appli- cants on the Open Call for Proposals, the criteria used in evaluating proposals, how to file applications, and other details pertaining to the application process.

During the two-day information session, participants from among the REC and potential applicants were given time to discuss among themselves on the most plausible approaches to collaborate, network and strate- gize in responding to the Call, and in forming consortia to apply for the grants. Following spirited brainstor- ming and exchange of ideas, the participants decided to recommend among themselves. 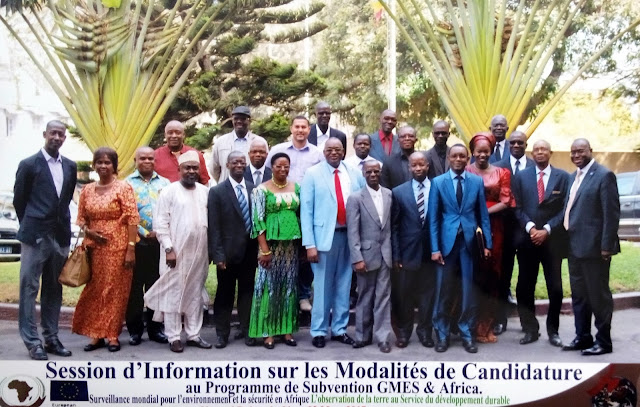 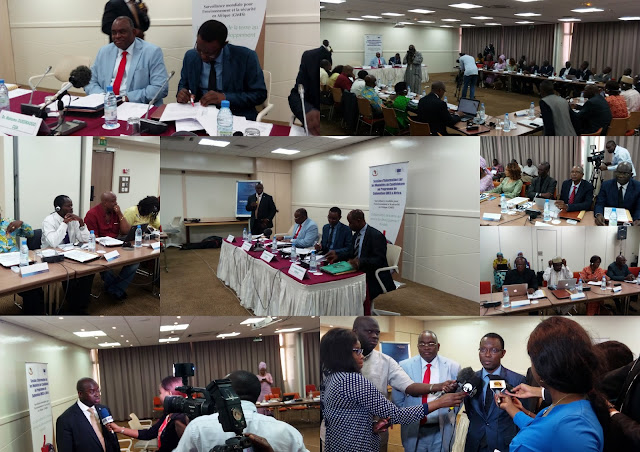