The EU announced mid-December additional €30 million for the project "AfricaConnect", that will provide affordable, high-capacity Internet for research and education networks across Africa. 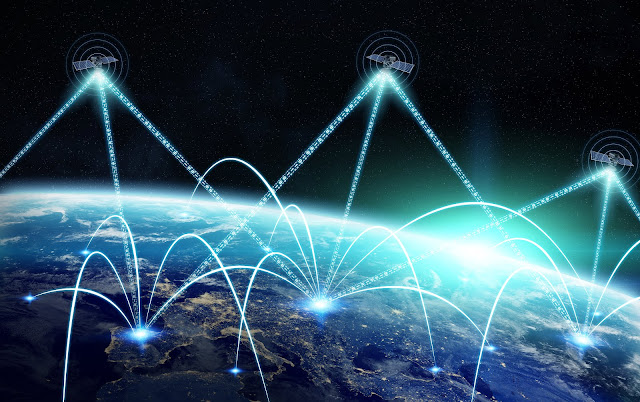 This contribution from the EU budget will provide support to the four African Regional Research and Education Networks, which will also contribute €7.5 million:

It was pointed during several G&A technical meetings that the above mentioned networks would be an additional way for G&A consortia to access Copernicus data and products, processing systems, and connect to each others.

As reported to PMU, Africa Connect has dedicated a specific activity under AfricaConnect3 Project to support GMES and Africa and AfriGEO which ASREN will be leading on behalf and of the other African RENs (WACREN and UbuntuNet Alliance).

GEANT and NREN are vital to space applications which are today more and more data driven, like Science. Indeed, the observation of Earth from Space, like the observation of sky from Earth, generates massive amounts of data that in returns call for compute-intensive analysis by systems spread accross countries, continents and globes.
The above mentioned networks connect those systems and behind, the teams which operate them.

GÉANT is helping Copernicus to observe Earth for a better future:
The European Space Agency has an agreement with GÉANT to distribute Copernicus data across the GÉANT and DFN networks. From DFN, a 100Gbps link connects the Copernicus data centre in Frankfurt to the pan-European GÉANT network, which itself connects over 50 million users. This important partnership efficiently and reliably transports massive amounts of data to the citizens, researchers and policy makers working to make sense of Copernicus data. More...

GÉANT and EUMETSAT are already weathering the storm of Big Data:
EUMETSAT delivers its Near Real Time (NRT) data via its EUMETCast satellite dissemination system. It explores the extension of this satellite-based system with a complementary terrestrial component – using the same multicast and dissemination technologies. GÉANT and its National Research and Education (NREN) partners work with EUMETSAT to establish this complementary EUMETCast element called EUMETCast-Terrestrial. Working together they distribute its satellite data to scientists and meteorologists around the world. More...

PRACE: EUROPE’S SUPERCOMPUTING INFRASTRUCTURE RELIES ON GÉANT
PRACE (Partnership for Advanced Computing in Europe), is a supercomputing infrastructure, with partners across 26 member countries. GÉANT built a new network infrastructure for PRACE, providing high-speed connectivity through its Multidomain Virtual Private Network (MD-VPN) service.GÉANT and PRACE are also part of an EC initiative called the European Data Infrastructure (EDI). Its aim is to get HPC in Europe achieving extremely high speeds. We’re talking Exaflops (1018 or 1 Quintillion of operations per second). More... 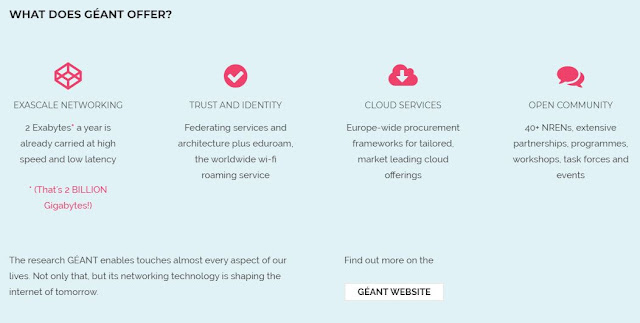