The technical arm of the European Commission, the Joint Research Center (JRC), has trained African experts on how to use the environmental Station - dubbed the eStation - for producing land based GMES and Africa services in the Eastern, Southern, Northern and Western regions of Africa.

This 2 times two-week training which started on Feb 18th to March 1st (Land-1) and continued from March 18th to March 29th (Land-2), was held at the JRC campus in Ispra, Italy.
During the training, GMES and Africa experts were guided through the latest version of eStation software, structure and coding environment. They reviewed the existing products, chains and underlying processes as well as troubleshooting procedures and guidelines, whilst listing new data sets needed for the land services as well as the new chains associated with them. The training was also an experience sharing platform among GMES and Africa experts and experts from the JRC for the future development of eStations.

The workshop had parallel sessions on specific thematic topics from other JRC programs such as the eWater Platform, Food & Security, Soil & Development, and others. At the training, the European Space Agency (ESA) also introduced the Research and User Support (RUS) platform for sentinel core products as a new project, as well as to demonstrate the various benefits of using cloud computing for this type of data-heavy work.

Two trainees were drawn from nine of the lead consortia who had won the GMES and Africa grants to provide land-based services in their respective regions as well as officials from the African Union Commission: 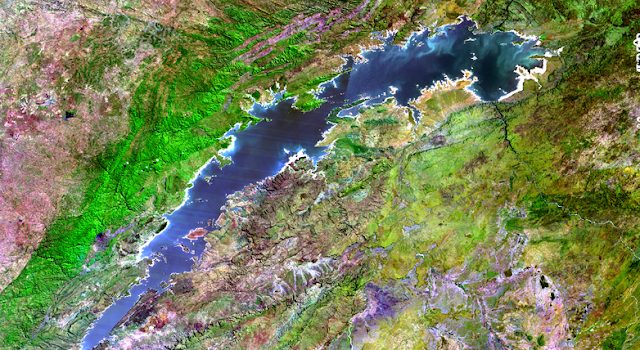 GMES and Africa: Stakeholders convene at a continental workshop to discuss the revitalization of the program's Water and Natural Resources services delivery