The heads of African national space agencies, representatives of Regional Economic Communities, experts, academia, private sector, and regional organizations have gathered in Dakar Senegal for a 3-day meeting of stakeholders from 12-14 June 2019.

This is the third series of annual space dialogues convened by the Commission to steer intra-African engagements among institutions, and update the community on the milestones of implementing the African Space Policy and Strategy. The dialogue is preceded by the decision of the Heads of State and Government that endorsed the recommendation of the high-level panel of experts for Egypt to host the African Space Agency. Stakeholders are discussing programmatic initiatives that the Agency should prioritize. 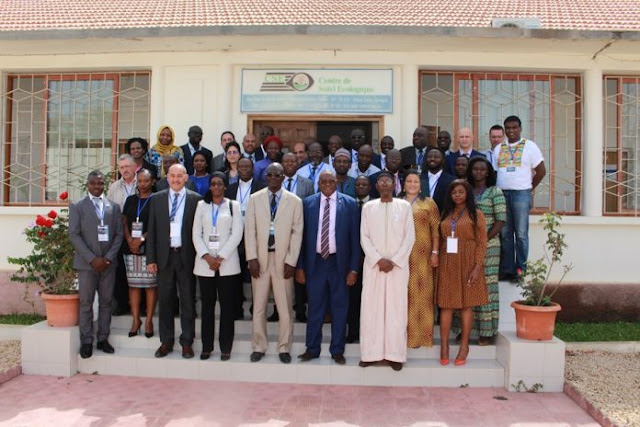 During his opening remarks, the Director of HRST Dr. Mahama Ouedraogo, reminded participants that as the national space institutions continue to implement space activities at country level, regional organizations lead the regional initiatives. He said as the Commission leads the continental space programmes, all players should embrace the common goal of ensuring that space services are utilized to improve the lives of the African citizenry. Dr. Ouedraogo noted that as we move forward, some processes may take time because they are inclusive, and the commission endeavors not to leave anyone behind. He further encouraged all stakeholders to work in tandem to reach the final goal of ensuring that the continent is technologically competent.

Since the commission has committed to organizing the African space dialogue at least once every year, the dialogue has emerged as an important platform for discussing strategic issues that require decisions of policy organs, and an essential pathway for facilitating a harmonized African position in the global space arena. It is also an occasion for countries and regional blocks to update the wider African space community on their initiatives and developments in space.

The Heads of State and Government’s decision of January 2016, which adopted the African Space Policy and Strategy, further requested the Commission to evaluate the legal, structural and financial implications of the African Space Agency and report to the Assembly through the relevant structures.

In direct response to the decision, the first dialogue was held on 4-6 October 2017 in Addis Ababa to finalize the Statute of the African Space Agency to fulfill the legal requirements of the Agency. The Statute was subsequently adopted by the Assembly in January 2018, thereby establishing the African Space Agency as an Organ of the African Union. The African Space Agency is a critical institutional arrangement for an inclusive architecture of a continental outer-space programme that engages national and regional institutions in the final collective implementation of the Space Policy and Strategy. This meeting also provided an occasion for the steering committee of the African Leadership Conference (ALC) on Space Science and Technology for sustainable development to update and invite countries to the ALC forum in Abuja, Nigeria in 2018.

The second dialogue of African Space Stakeholders was organized from 28-30 March 2018 in Accra, Ghana, led to the validation of the draft structural and financial implications of the African Space Agency. This was also in response to the Assembly Decision of January 2016.

The forum was followed by a call for expression of intent by Member States to host the African Space Agency, issued by the African Union Commission to all Member States. Moreover, sectorial audits have been conducted on different African space domains. The third dialogue provides ample opportunity to update stakeholders on these and more developments at the national, regional and continental levels, and it also offers a chance to discuss planned activities.