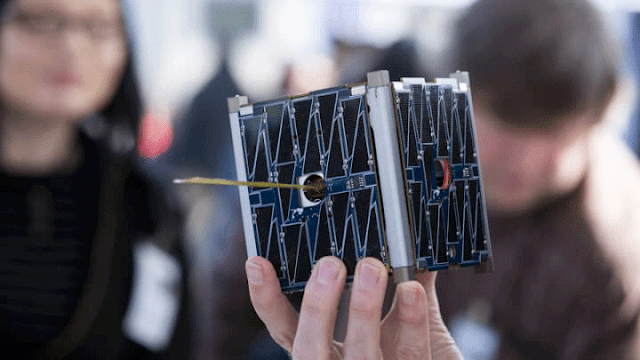 More details about this session will soon be posted on https://www.aircentre.org/events/

Some background about the nanosatellites

The nanosatellites, are currently opening a new way in the exploration of space, near (EO) and deep, and they represent real opportunities for Africa, African nations, for accessing space solely or collectively, a big change in the previous 60 years.

Until recently, the observation of earth and the exploration of space, were only possible for developed countries which alone were able to allocate large budgets to the related programmes. Indeed, from the design to their exploitation, including their launch, this sector request time and large amount of resources, financial, technical, and human.

A big change occurred with the miniaturization. The most prominent example of the consequences of this process came to the daylight at the end of the 90s with the rover sojourner, landed on Mars by NASA.

"Small and cheap" became a trendy motto. And this also was applied to some earth orbiting satellites. Practically, a small satellite means light weight. This lightness directly impacts the energy needed to orbit them, reducing their costs significantly, for development and launching. Before, the process of design, development and launch of a satellite, was very costly. In 2014 the cost of placing one kilogram in low orbit was between US$10,000 and US$15,000. The total cost of the European GAIA satellite was 740 million euros, affordable only to countries or institutions with large space budgets. By comparison, the cost of manufacturing and launching a nanosatellite is between 50,000 and 100,000 euros.

Nano satellites, small satellites, were game changers. They now mean easier access to space and this fits with current and emerging African capacities, notably within the private sector or academia. It opens up a large field of possibilities and consecutively, of opportunities of business for african entrepreneurs... The current axis of research around the world are the propulsion systems, the altitude control, telecommunications, etc. Nanosatellites enable progress in these fields, and induce feedback effects. This could be particularly attractive for Africa.

CubeSat is a nano-satellite format defined in 1999 by the Polytechnic University of California and Stanford University (USA). The CubeSat project ensures the dissemination of the standard and helps to guarantee the suitability of satellites with the main payload of the launchers that place them in orbit. The number of CubeSats in orbit is growing rapidly: 287 satellites using this standard, with mass ranging from 1 to 10 kg, were placed in orbit in 2017, compared with 77 in 2016.

Africa is resourcefulness. Young africans are ingenious and crave fame. They dream of becoming the next Steve Jobs, Marc Zuckerberg, or Elon Musk. Let's bet that the nano satellites will represent an avenue for their inventiveness.