A glance at the ACP MEAs Programme

The ACP MEAs Programme was initiated to address challenging environmental issues through the implementation of the Multilateral Environmental Agreements (MEAs) in the African, Caribbean and the Pacific (ACP) regions. 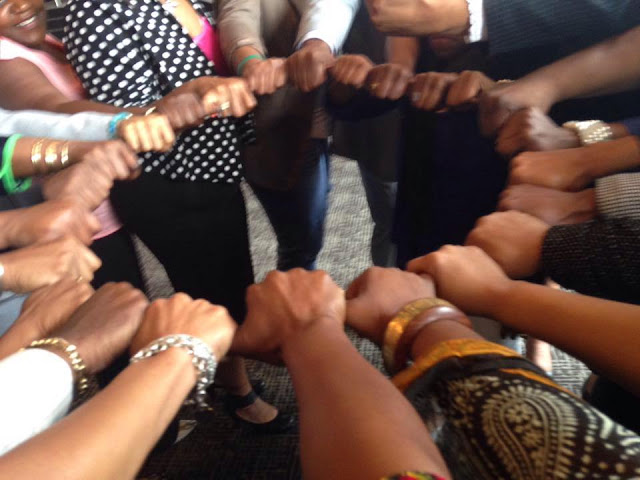 What is the ACP MEAs Programme?
Established by the European Union in March 2009, in response to the environmental challenges facing the African, Caribbean, and the Pacific (ACP) countries in fulfilling their obligations as parties to global environmental treaties (MEAs) due to lack of adequate capacity to address increasingly complex scientific and technical issues, the ACP MEAs Programme under UNEP’s leadership has supported the ACP countries in addressing the environmental challenges they face by enhancing their capacities to fully engage in MEAs implementation.
The programme has gone through two successful phases and has now started a third Phase ACP MEAs III with an added scope : To build on the achievements of the previous Phases, to further enhance the mainstreaming and implementation of MEAs related to biodiversity and chemicals and waste. The focus is on enforcement and compliance, enhanced sea/oceans governance and the mainstreaming of biodiversity in agriculture. There are three regional hubs housed within the African Union Commission (https://au.int/meas), the Caribbean Community Secretariat, and the Secretariat for the Pacific Regional Environment Programme. Partnerships have also been established with FAO, the European Environmental Bureau (EEB) and four Regional Sea Conventions who translate the global commitments into action on the ground, among them the Nairobi and Abidjan Conventions.
The mainstreaming of biodiversity into agriculture policies and practices is led by the Food and Agriculture Organization of the United Nations (FAO). It utilizes ecosystem-based approaches to halt the loss of biodiversity caused by unsustainable agricultural practices including the mismanagement of hazardous pesticides, to achieve resilient societies and ensuring food and nutrition security.
About Sea/Oceans governance, the ACP MEAs programme has adopted a horizontal Ocean governance approach to advance marine protection and sustainable management of all coastal areas in the region, notably with regards the management of plastic waste. Since capacity building is an important trigger for increasing technical knowledge at the regional and national levels for the implementation of MEAs, the programme has a number of ongoing capacity development initiatives aiming to strengthen the existing Regional Seas governing frameworks, implementation mechanisms and development of strategic vision for the implementation of Ocean-related SDGs. Similarly, capacities related to marine genetic resources, environmental impact assessments, development of area-based management tools, including networks of marine protected areas (MPA) are being strengthened.
The ACP MEAs African Hubs
Despite the increase of Pressures (increases of population, widespread poverty, and dependence on natural resources), African states continue to encounter significant challenges in developing national environmental governance frameworks that can respond effectively to the environmental threats. The above activities are being implemented in collaboration with the African Hub (African Union Commission-AUC) and the European Environmental Bureau’s zero mercury initiative (EEB/ZMWG) in the biodiversity and chemicals and waste MEAs clusters, and the Nairobi and Abidjan Conventions in the Oceans governance cluster.

Other Projects and initiatives with which G&A established links
The GMES and Africa Support Programme
The Global Monitoring for Environment and Security and Africa (GMES and Africa) is a flagship programme of the African Union Commission (AUC) under the African Space Policy and Strategy. It sets a pathway for the continent to be globally competitive in space activities, including Earth Observation (EO), and to develop a viable continental space programme.
With continent-wide coverage, the programme is implemented through grants to African institutions under the banners of regional consortia. 12 consortia representing a total of 144 African institutions in 45 African Countries and 6 European Countries have been awarded grants through open competitive bidding to implement projects in water, natural resources, marine and coastal areas management.
Synergize with other programmes and projects, notably when they cover same fields - implementation of services, training, access to data, collection of in situ data, support policy and decision making - is also a requested area of intervention for G&A.