The Commissioner for Human Resources, Science and Technology at the African Union Commission, H.E Professor Sarah Anyang Agbor, has said that Space programs in Africa are becoming more extensive, with more countries looking up to the skies for socio-economic development and national security. 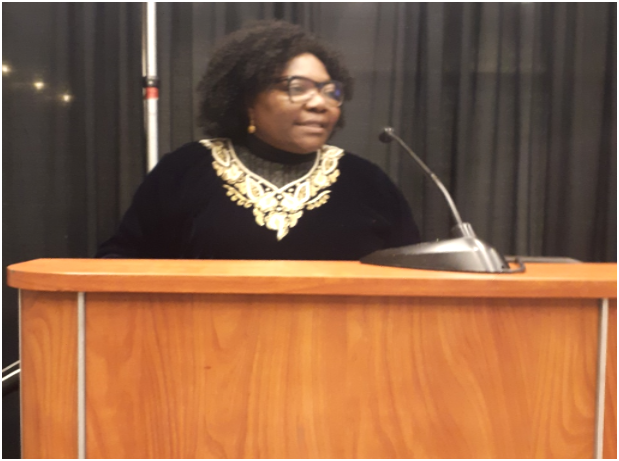 Commissioner Anyang Agbor was speaking to parliamentarians from across the world who have gathered in Washington DC, for the 70th International Astronautical Congress (IAC). The lawmakers convened for the 10th Meeting of the International Astronautical Federation (IAF), on the sidelines of the Congress to discuss the opportunities and challenges for legislators in Space Exploration and Space Traffic Management.

The HRST Commissioner revealed that Africa’s space industry is witnessing a multidimensional transformation, evidenced by the emergence of more private companies developing space technologies and offering space-enabled services in the continent. Already, eight African countries have launched satellites into space, and eleven more are developing national space programmes, with the hope of ultimately launching a satellite in the near future.

Commissioner Anyang Agbor delved into the multiple challenges that space law continues to face — spanning dimensions of domestic compliance, international cooperation, ethics, and the advent of scientific innovations. She lamented the lack of adequate capacity and the absence of the required academic and institutional expertise to give traction to the development of space law in Africa. She called for the formulation of modern regulatory policies to match the region’s booming interest in space science and technology, and to enable Africa and other developing regions of the world to contribute to the new frontiers of international space laws.

The IAC is a global convergence of the space fraternity, and this year’s edition, from 21 to 25 October 2019, focuses on the wider theme: Space, the Power of the Past, the Promise of the Future. It offers space players the opportunity to discuss the advancement and development of the industry, as well as celebrate international achievements and partnerships that have become the hallmarks of space exploration.
Labels: African Union Commission Outreach and Awareness raising space