Rita produced a two minutes 42 seconds animation of an acrostic poem (https://bit.ly/UgGmesEnvironment) that uses the word 'Environment' to spell out various environmental issues whiles issuing a clarion call to the global community in doing better as far as the global environment is concerned.

In line with the competition’s guidelines, entries should help educate, raise awareness and trigger behavioural change towards responsible use of marine and coastal resources.

According to Rita, this guided her through her production process as she hopes her  animated poem would serve as “an awareness piece that speaks to an array of environmental issues such as global warming and also emphasized the need for sustainable solutions such as recycling of plastics to reduce environmental pollution.” 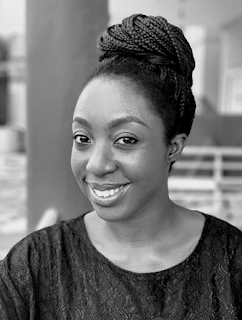 A student, self-develop artist and biologist from Cabo Verde, Nathalie Melo, came second with an amazing tale depicting beautifully the struggles of young sea turtles (https://bit.ly/AtaleofEarthandSea). She strongly believes that the best way to reach people when it comes to issues is best achieved through art, making people feel more connected to nature.

The competition organized by the Regional Marine Centre at the University of Ghana under the Global Monitoring for Environment and Security & Africa (GMES &Africa) project had a total of 34 applications from 22 contestants in the region and was mediated by four judges; two anglophones from Ghana and two francophones from Senegal. In all, the judges expressed delight in the entries received. One of the judges from the Institute for Environment and Sanitation Studies at the University of Ghana, Dr. Adelina Mensah, was very impressed by the winner’s entry saying that "Her poem was beautiful, creative and touching. I would have scored this a 100% without any remorse.”

GMES and Africa is an Earth Observation programme of the African Union jointly established with the European Union, and designed to strengthen capacities in Africa for the optimal exploitation and utilisation of Earth Observation systems, data and technologies towards the continent’s sustainable development.